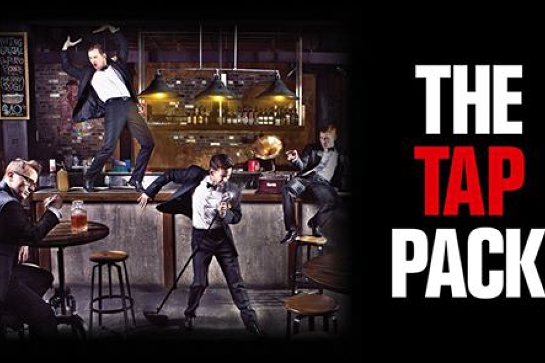 With successes in Edinburgh, Beijing, Berlin and London, The Tap Pack is a high energy, tap comedy show.

Inspired by the infamous “Rat Pack” which included the famous talents of Frank Sinatra, Dean Martin and Sammy Davis Jnr.

With dazzling performances on stage, dressed in slick suits and equipped with sharp wit, The Tap Pack is a modern twist on the classic Rat Pack. They infuse tap dance with swing music and witty banter.

The Tap Pack is a highly entertaining act featuring some of Australia’s finest tap dancing performers tapping up a storm.

With credits on stage, film and television and with over 20 musical theatre productions between them, The Tap Pack is pure entertainment.

They sing. They dance. They joke, bringing a new, invigorating energy to a timeless style.